Legionnaire Games was founded on the premise that more than a few tabletop gamers are dismayed by a seemingly endless series of new tabletop wargames that lack any depth in gameplay, or offer minimal tactical options due to being created as introductory level games that exist only as a sales vehicle for a producer's associated miniatures lines.

While there's certainly nothing inherently wrong with this method of operation, it seems that far more time and energy is spent on creating great models than producing interesting, challenging and fun tabletop gaming rules sets. That's where we come in - proving that interesting games with both breadth and depth don't have to be complex, and can engross players in worlds of their own creative imaginations or immerse them in a familiar fictional background and allow them to accurately replicate what they see or read from fictional sources in their tabletop gaming sessions.

Tabletop Wargames for the Discerning Gamer

The Strike Legion games place modern and futuristic ground and support forces at your disposal in games ranging in size from a single platoon to entire divisions and corps. 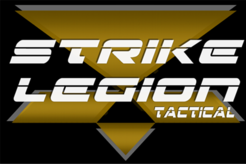 Website re-design in progress - thanks for your patience while we re-organize and update our site. You can learn more about our products by visiting our product page on Wargame Vault.