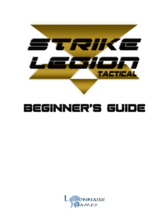 Recommended figure scales for this game series are 2mm to 15mm, inclusive.

The Strike Legion Tactical game uses an integrated Electronic Warfare mechanic to determine combat probabilities and outcomes. Each model represents one vehicle or infantry team, grouped into platoons for maneuver and activation purposes.The game uses an alternating activation sequence that keeps players involved throughout each gaming session. A typical game might see players fielding 2 to 4 companies plus support units in a typical scenario, with games lasting from 75 to 120 minutes. Complete unit creation rules are included alongside a generous sampling of pre-generated units and force organization charts.

The Strike Legion Tactical Rules Compendiumincludes the complete rules and literally hundreds of play options for the Strike Legion Tactical game. While the rulebook may seem quite lengthy, the majority of its pages are dedicated to play options and not complex or difficult game procedures. We've included as much as possible in this single reference volume so that players don't need to devise their own house rules to cover a particular situation or unit type.

Strike Legion Tactical: The VICAR Project introduces truly huge vehicles to the Strike Legion Tactical gaming system. Players can field vehicles ranging from the size of a house all the way up to that of a large factory or city block. This book includes complete rules for creating and fielding Oversized Vehicles, a selection of said vehicles and smaller opponents, and a complete tactical Campaign Game system that includes three ready-to-play campaign scenarios. (88-page PDF $7.95; 88-page softcover $19.95) 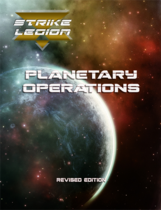 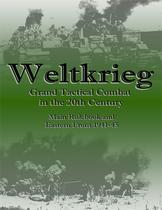 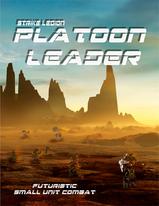 Recommended figure scales for this game series are 2mm to 10mm, inclusive.

Planetary Operations (Revised Edition) places players in command of larger formations (regiments, brigades, divisions and corps) in operational-level battles and campaigns, with each vehicle or troop stand representing a company or multi-platoon detachment and units grouped into battalions for maneuver and combat. Judicious use of limited resources (reflected in the game by Command Points) can decide the outcome of a battle or campaign.The book contains complete construction and campaign game rules, six complete armies with force organizations, and guidelines for converting units from Strike Legion Tactical for use in Planetary Operations.

The War That Never Was is a 'what if' expansion examining a fictional 'cold war gone hot' environment, set in the early 1990's. The book includes several optional rules for Planetary Operations, several set-piece scenarios and a campaign scenario, and an extensive selection of unit Data Cards and force organizations for  NATO (United States, United Kingdom, Federal Republic of Germany, Canada, Greece, Turkey, Denmark and France) and Warsaw Pact (USSR, German Democratic Republic, Hungary, Czechoslovakia and Bulgaria) forces. Ownership of the Strike Legion: Planetary Operations rulebook is necessary to use the materials in this volume.

Weltkrieg transports the Planetary Operations game engine to the Eastern Front during World War II. This is a complete variant rulebook that includes Data Cards and force organizations for the German and Soviet armies from 1939-1945, several scenarios and a campaign game.

Legionnaire Games publishes several game series, each featuring a unique and (somewhat) realistic portrayal of modern and future combat on the ground and in space.

Recommended figure scales for this game series are 6mm to 28mm, inclusive.

Platoon Leader places emphasis on small unit actions, with individual infantry teams and vehicles sharing the spotlight in a fast-paced, alternating activation game. Leadership, troop quality and a wide latitude of troop actions lend a sense of gritty realism to game-play, making Platoon Leader a great gaming choice for players looking for an alternative to other offerings in the Modern and Science Fiction gaming arenas. Coupled with realistic troop orders and  intuitive action and reaction mechanics, the unit construction routines allow players to field a wide variety of troop and vehicle types in platoon to company-sized engagements that last from 1 to 3 hours. 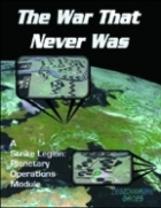 Website re-design in progress - thanks for your patience while we re-organize and update our site. In the interim, you can learn more about these and our Task Force Zeta and Close Quarters games by visiting our product page on Wargame Vault. 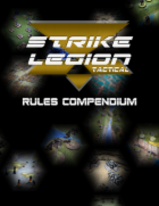 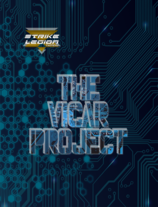